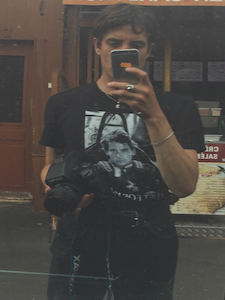 Lasse Dearman is a Danish photographer based in Copenhagen.

Having studied photojournalism at The Danish School of Media and Journalism and fine art photography at The Glasgow School of Art, Lasse’s work is informed by documentary perspective which has later merged into his editorial and commercial work. With a humanistic approach to his subject and a distinctive casting the imagery he creates is characterized by a certain genuine and intimate feeling.

Lasse has worked for magazines such as Space Magazine, Hero, Heroine, Wonderland and i-D Magazine. He has worked closely with MOON-INTL as well as brands such as Adidas, OAMC, Cecile Bahnsen, Sunflower, Marimekko, Aiayu, RAINS and more.